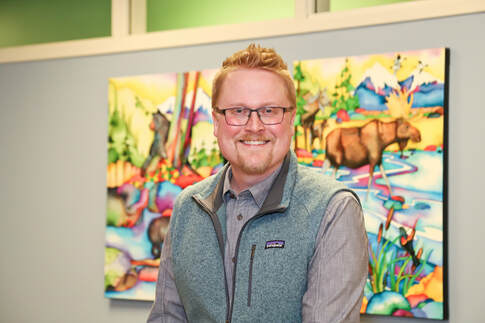 Dr. Derek Miller, DDS was born in Minnesota but grew up in Colorado Springs and graduated from Colorado Springs Christian High School.  He attended the University of Colorado at Colorado Springs for one year prior to transferring to the University of Texas at Austin, where he graduated With Honors in 2003.  Upon graduation, he was accepted into the dental school at the University of Texas Health Science Center at San Antonio, which was ranked the #1 dental school in the country by U.S. News & World Report.  Dr. Derek received numerous awards during his professional education, including the American Academy of Pediatric Dentistry’s Predoctoral Student Award, multiple restorative dentistry awards, and acceptance into Omicron Kappa Upsilon (OKU,) a prestigious dental fraternity whose candidates must be in the top 10% of their graduating class.  Dr. Derek realized his love of working with children during his junior year of dental school, and after graduating Summa Cum Laude (“With Highest Honors,”) he was immediately accepted into the pediatric program at the University of Texas Health Science Center at San Antonio.  Dr. Derek completed his pediatric residency in 2009 and relocated back to his hometown of Colorado Springs.  He has spent the last several years dividing his time between in-office appointments and providing hospital-based care to young children and patients with special needs.  Dr. Derek has actually provided more hospital care (outpatient surgery) than any other local pediatric dentist in the last several years, averaging 300-400 cases per year. 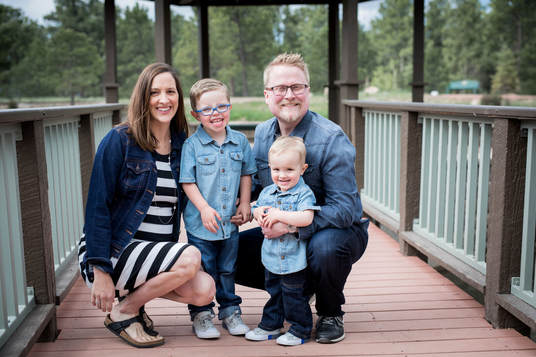 Dr. Derek met his wife, Courtney, during middle school and they married in 2000.  They have two amazing, young sons, Gabe and Ty, who keep them very busy!  Together they enjoy Texas Longhorn athletics, the Denver Broncos, Colorado Rockies, and Colorado Avalanche, as well as all of the beauty and recreation available in this gorgeous state of Colorado.  Dr. Derek is an avid outdoorsman, and you can usually find him fishing the mountain reservoirs or hunting large game.  He is also a musician and loves to play guitar for his church band.

Dr. Derek is excited to open Colorado Springs’ newest, most state-of-the-art pediatric dental practice.  It is his strong desire that together he and his staff will partner with families to provide care that is age-appropriate, compassionate, and fun!